The listed former Power Station IJsselcentrale (Meijerink and Van der Steur, 1939) has been completely renovated, including its interior design, into an open public building and flexible working environment. The striking entrance lobby has been restored to its full former glory by bringing back the original open space and finishings. The basement now has new treatment rooms.

An existing stairwell has been demolished to make room for a new central lift, whilst a number of new open spaces and staircases connect the various floors. The office wing has seen the removal of all later interior elements, modular walls and ceilings. The original corridor of glazed brickwork has been opened up, creating diagonal lines of vision over the entire width of the office wing. A newly designed multifunctional flexi cabinet folds around the existing wall of the corridor. The flexi cabinet consist of lockers on both sides, pigeon-holes, a cloak room, a pantry, copying and printing units and meeting booths. In the remaining open office space, the cabinet furniture ensures differentiation in workstation. The design supports the different zonings of the workstations. Besides the GGD (Gemeentelijke Gezondheidsdienst; Area Health Authority), the building houses various other health-related organisations and businesses. There are reception areas, meeting rooms and treatment rooms which can be used by all organisations at different times. 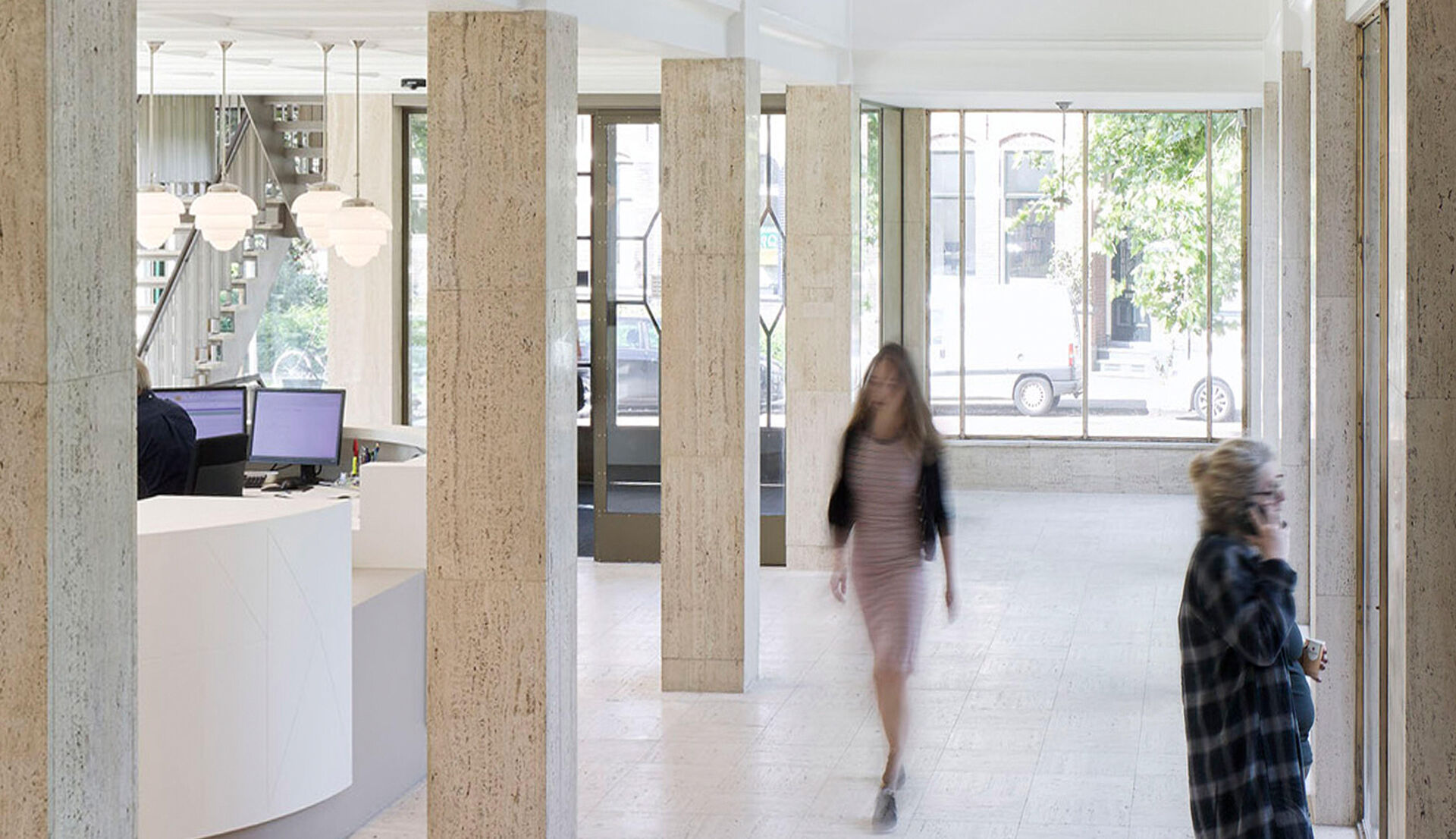 The choice of materials, colours and forms of lighting matches the monumental qualities of the building, whilst contributing to the diversity and identity of GGD IJsselland health authority. The building has been rendered entirely sustainable. The façades of the listed office building have been renovated, the bronze window frames have been restored and fitted with double glazing, and new apertures have been created where necessary. The original awnings have been restored. New sustainable systems will result in significantly reduced energy use and greater comfort.

‘An old, unpleasant and musty office building with traditional corridors has been transformed into an open and contemporary flexible working environment in a much-loved listed building.’

‘We have restored the open spaces and removed the suspended ceilings in the central hall, resulting in a spacious entrance lobby now liberally flooded by natural light - a pleasant area for visitors, carefully returned to the original design by architect Van der Steur in 1939.