Move has been nominated for the Geurt Brinkgreve Cup 2020. This is an annual prize awarded by Amsterdam City Council to the best initiative in the field of redevelopment or renovation in the city. In addition to Move, Felix Meritis and Hotel MAI Amsterdam have also been nominated. The winner will be announced in December.

Move, formerly ‘Citroëngebouw Zuid’ has been renovated on behalf of Bouwinvest and PON and been expanded into a high-quality multifunctional complex of buildings. The modernist building designed by Jan Wils houses office, retail and hospitality spaces. The transformation, renovation and rendering more sustainable of the old building required a very specific and particular approach. Although the building does not have listed status, it has been treated as such. A great deal of attention has been expended on restoring the original detailing and preserving specific architectural elements. Besides renovating the existing building, BiermanHenket also designed a new build wing, which was inspired in shape by Wils’s characteristic architecture. The new façades have been clad with glazed ceramic panels which in their colour match the painted masonry of the existing building.

In addition to the careful renovation of the old building and the addition of a harmonious new build, there has also been a focus on the relationship with the public spaces in the surrounding area. Previously, the building had an obvious rear façade facing the square and the stadium, closed-off to the public space and architecturally of lesser quality. Partial demolition combined with the replacement new build has resulted in a strong impulse. The transparent plinth as well as the glass stairwell which has been added on the corner provide a connection with the public space between the building and the Olympic Stadium.

Before and after on the Stadium side 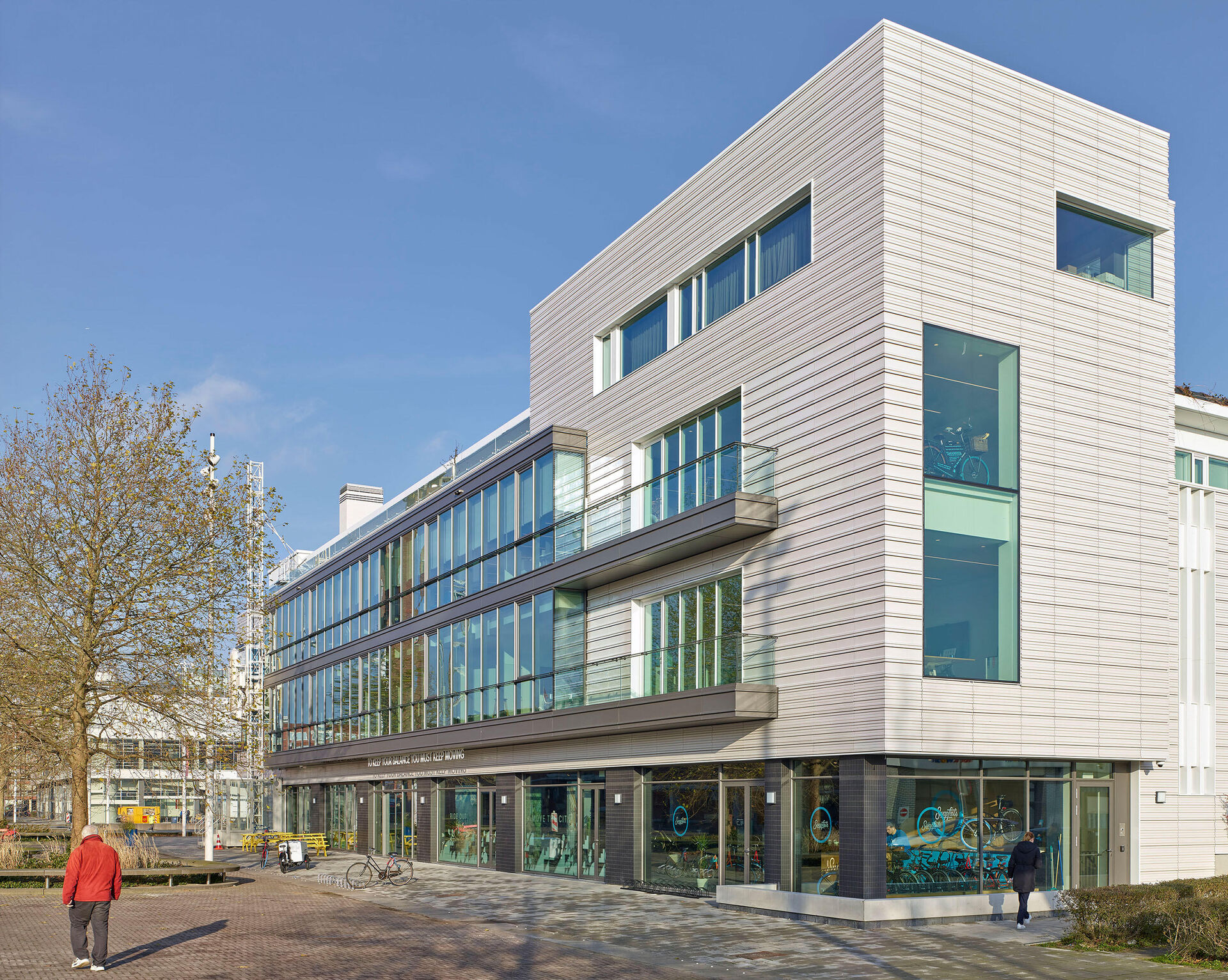 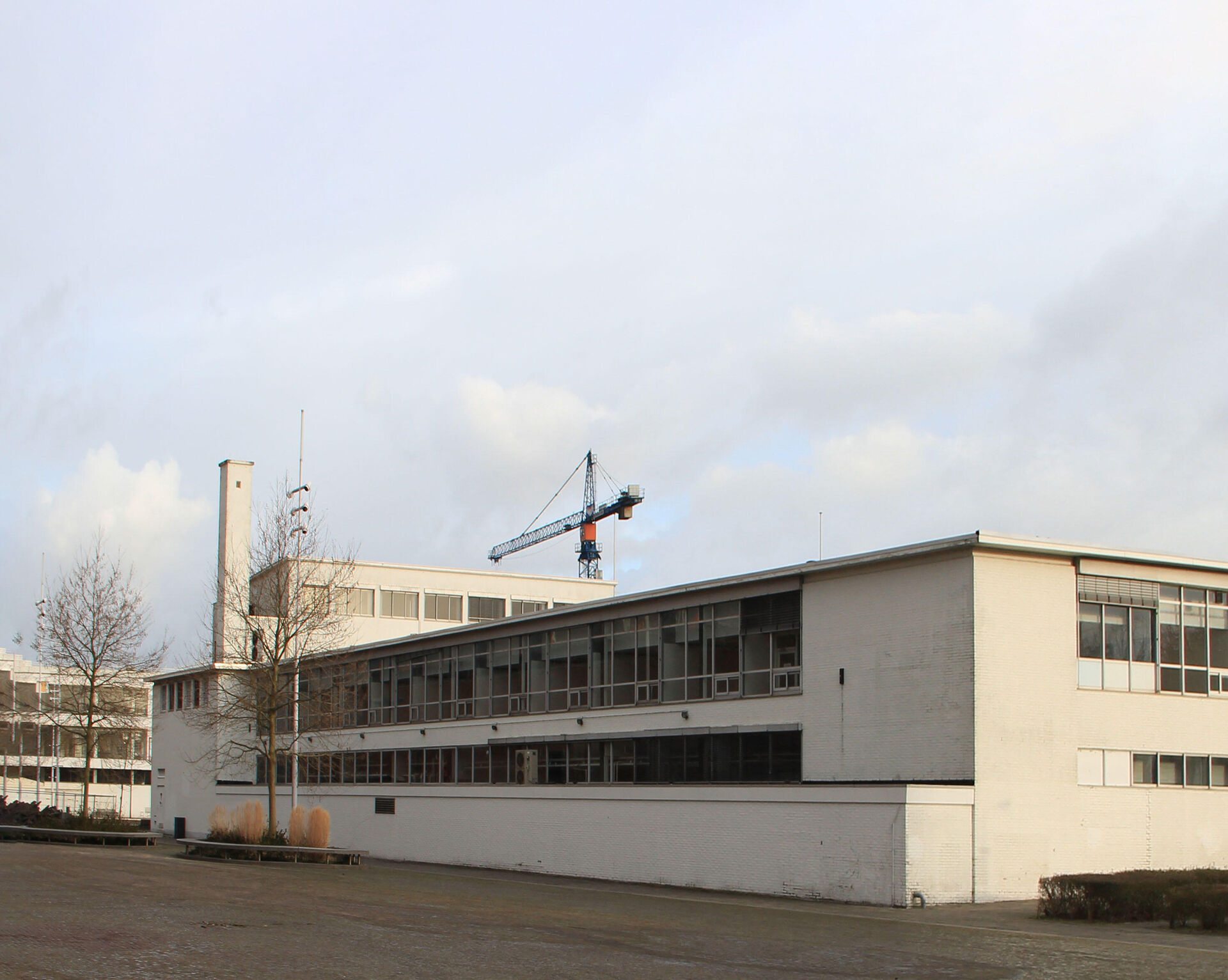 “Although the building does not have listed status, it has been treated as such. A great deal of attention has been expended on restoring the original detailing and preserving specific architectural elements.” Before and after Stadium and square corner

Before and after Stadium and square corner

Before and after atrium interior