An architectural-historical study and an aesthetic requirements programme have been formulated for the restoration and renovation of the barrage ensemble of the Nederrijn and Lek rivers on behalf of the Netherlands Ministry of Infrastructure and Water Management. It was important for the heritage value of the ensemble to be retained and for new additions to fit in appropriately with the existing elements during the necessary renovations. Sjoekie de Bijll Nachenius was involved in the renovation process on behalf of BiermanHenket as spatial quality adviser to the Ministry.

The barrage ensemble consists of three near-identical barrages in the Nederrijn and Lek rivers between Arnhem and Vianen. These barrages are an important element of Dutch waterways management. The barrages enable the water levels in the Nederrijn and Lek to be controlled, which in turn means control of navigability and the discharge of water, ice and sediment. In addition, this management feature ensures fresh water supply in the IJsselmeer via the IJssel and sufficient depth of the Waal, which is of economic importance, the Waal being the busiest river in all of Europe. 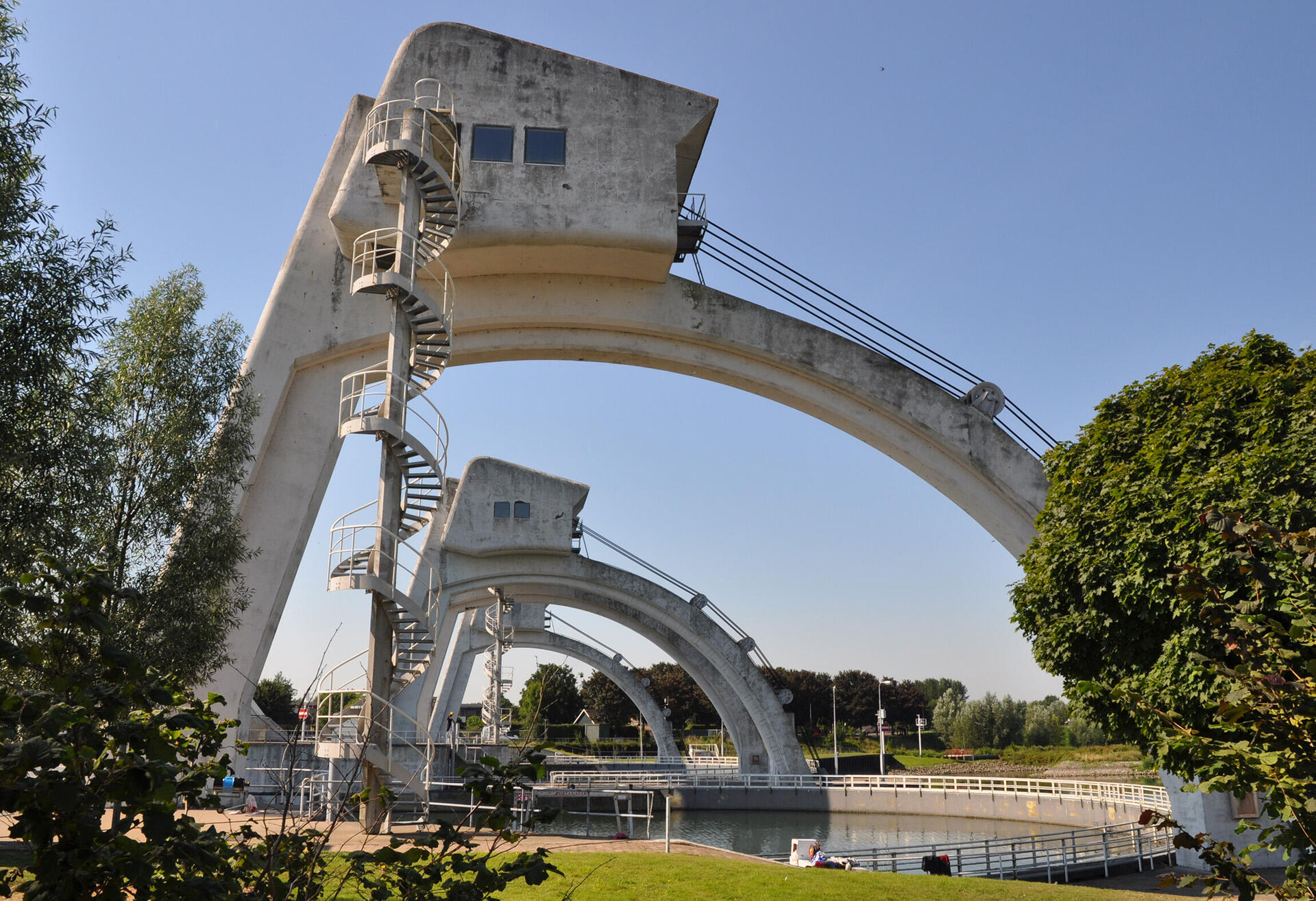 The barrage at Hagestein was the first to be built and commissioned in 1961 and has been designated a national monument from the post-war reconstruction era. The barrages in Amerongen (1967) and Driel (1970) were deemed ‘too young’ at the start of the renovation project to be granted monument status. However, when formulating the framework for the renovation and restoration, part of the Aesthetic Requirements Programme, the three barrages have been treated as a single ensemble. Only in decisions regarding the choice between restoration or renewal did the status of Hagestein as a monument carry extra weight compared to the other two barrages.

Fragment of the construction
Barrage Hagestein before restauration

The technical design of the barrages was drawn up at the start of the 1950s by engineer Piet Blokland, whilst architect Wouter Hamdorff was responsible for their aesthetic design. They are a wonderful example of purely functional architecture. Their design incorporates the knowledge built up by RWS (Rijkswaterstaat; Directorate-General for Public Works and Water Management) in setting up the Delta Works after the great flood of 1953. Due to the width of the Nederrijn and the Lek, the designers chose a curved dam, the first in the Netherlands. Each barrage consists of two semicircular steel visor-gates with a diameter of 53 metres, which hinge between the abutments and the central pier. The four supporting arches hoist up the gates. The machine rooms with their futuristic appearance are located on top of the concrete structures.

The eye-catching appearance of the large concrete constructions, the clean functional design of the complexes and the added elegance of the spiral stairs and fencing have been protected in the Aesthetic Requirements Programme. Although the three barrages are striking features in the flat riverscape, this feat of Dutch engineering is not very well known.

Bus station Hengelo
More information about this project? We will happy to tell you.
Contact